Examples of Private Rights of Way

All of the examples in this chapter are based on actual occurrences. Those included do not represent an exhaustive list, and many more examples could have been included. Each property and each right of way is unique. The examples provided represent a broad view of those more commonly found.

ROW over a Public Footpath

In this sample the A section of the Title Register contains a clause that refers to a private road or footpath at the rear of the property and authorises the use of it. It is further identified by being coloured brown on the Title Plan.

In this sample the dominant tenement has a right of way over a passageway to the rear.

In this sample the land owner has claimed, unchallenged, that he has the benefit of a right of way over a track to the west of the property, and this claim has been registered on the title.

The difference in the Titles Plans showing the rights of way for the dominant and servient tenements is evidenced in these samples created for the purpose from actual Title Plans of two adjoining properties. 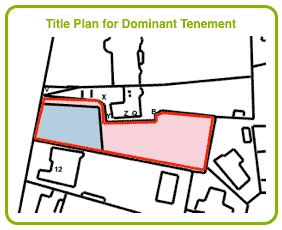 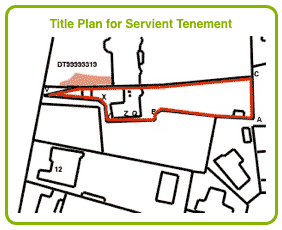 The Title Registers for these properties, between them, complete the description and location of this right of way. It is evident from an examination of the Plans and Registers that a far better picture of the right of way can be gleaned from reading both Registers and Plans together. It is for this reason that we provide title documents for both properties with our search. 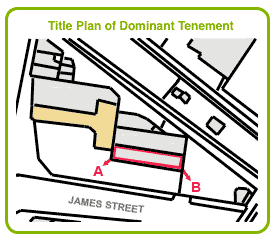 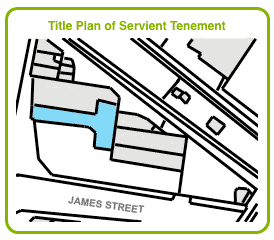 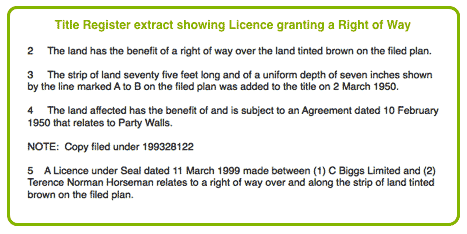 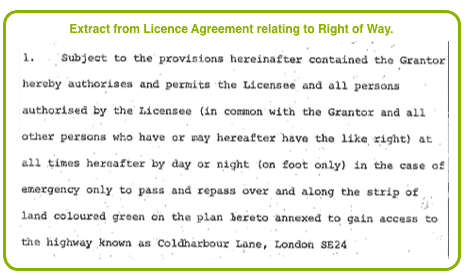 A copy of the relevant clause of the licence is shown. The reference to land coloured green refers to the Deed Plan, and is the same land as that coloured brown on the Title Plan.

In this sample the Right of Way appears in detail in a Schedule contained in a Conveyance Deed and is illustrated on a plan attached to the deed. 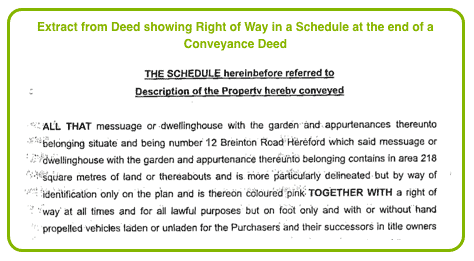 This sample shows a right of way granted following the sale of part of the land that necessitated the grant of a right of way. It is shown as a blue tint on the sold off land (edged in green) and continues as a brown tint on the retained land. It is further detailed in a Plan attached to a Conveyance (a Deed Plan (not shown here)). 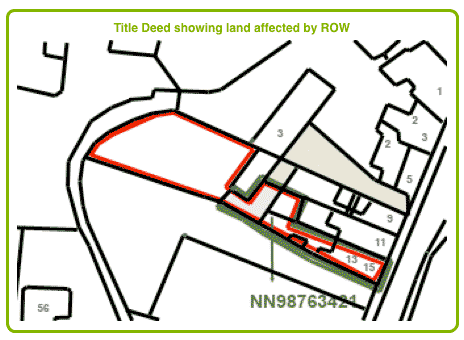 The detail in the Title Plan will often not contain the same amount of detail as in a Deed Plan attached to the Deed creating the Right of Way.

In this sample the C Section of the Title Register quotes an extract from a Conveyance creating the Right of Way. It allows owners and occupiers of the land edged in blue on the Deed Plan a right of way over part of the land edged in red as indicated by black hatching. None of this detail is shown on the Title Plan. 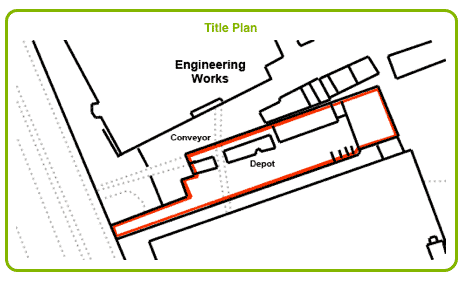 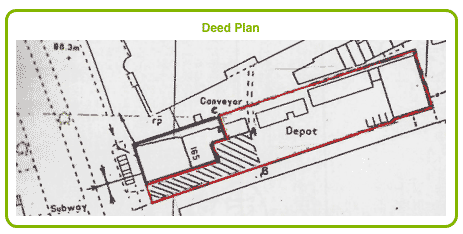 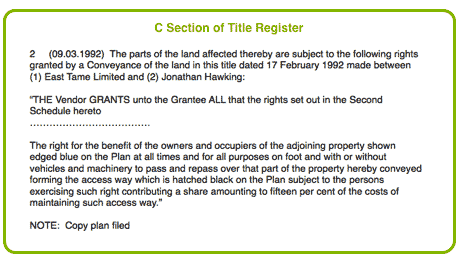 Where to Find ROWs in the Register

In the following sample of the A section of the Title Register for the dominant tenement the Right of Way is clearly shown as benefitting the property, providing a right of way for the owners over the adjoining land.

In the sample of the C section of the Title Register for the servient tenement (the adjoining property) the Right of Way is clearly shown as a charge or burden on the land, i.e. the owners are obliged to allow the adjoining land owners a right of way over their land.